As veteran employees of George Wein's company, Festival Productions, Inc. in New York, Melnick & Reid helped to produce and present JVC Jazz Festivals in New York and Newport, the Newport Folk Festival, the Bermuda Music Festival, and the Verizon Music Festivals, among others. Melnick produced the Mellon Jazz Festivals in Philadelphia and Pittsburgh, the Boston Globe Jazz Festival and served as Artistic Director of the Newport Jazz 50th Anniversary Festival in 2004, and as Producer in 2016 & 2017.

They bring further experience to the table having worked on many of the largest festivals in the country (New Orleans Jazz & Heritage Festival, Essence Music Festival, Sundance Film Festival, DelFest, et al) and with countless partners, municipalities and sponsors.

All told, our team has helped to create and produce over 110 festivals in Europe, Japan and the US.

We will be producing a world-tour in 2022, of Blue Note Records recording ensemble Artemis, featuring Renee Rosnes, Anat Cohen, Nicole Glover,  Ingrid Jensen, Noriko Ueda and Allison Miller. And we will be producing our 4th Monterey Jazz on Tour, the 65th anniversary project, in 2023 featuring Dee Dee Bridgewater, Kurt Elling, Lakecia Benjamin and the Christian Sands Trio - all one band!

Other ALE tours of note include Danilo Perez's Things to Come: 21st Century Dizzy 2010 tour, which dazzled audiences with its all star lineup, and pan-global collaborations; The Blue Note 7 tour of 2009, featuring Peter Bernstein, Ravi Coltrane, Lewis Nash, Nicholas Payton, Peter Washington and Steve Wilson, and musically directed by Bill Charlap, paid tribute to Blue Note Records' 70th anniversary, with a North American tour spanning four months, and a critically lauded CD recording, The Blue Note 7: Mosaic. Jimmy Cobb & The So What Band's Kind of Blue @ 50 tour took the band around the globe, paying tribute to one of the greatest jazz recordings of all time, Miles Davis' Kind of Blue.

Danny and Tracy have worked in the music business for over 60 years, collectively, and have never managed an artist, until now.

Consistently heralded by critics as one of the most original composers in his field, alto saxophonist RUDRESH MAHANTHAPPA’s prolific contributions to contemporary jazz have earned him a Guggenheim Fellowship, commissions to create new work from the likes of the Rockefeller Foundation MAP Fund, Chamber Music America and the American Composers Forum, and top alto saxophone player honors by Downbeat International Critics Polls six of the past seven years  - 2011-2013, and again 2015-2017. His rare ability to synthesize South Indian music concepts with a seemingly boundless range of unexpected influences frequently characterizes him as one of the most important artists in music today -- a distinction the Jazz Journalists Association recently echoed by naming him Alto Saxophonist of the Year FIVE consecutive times from 2009-2013 and again in 2016. Rudresh was one of 20 recipients of the 2013 Doris Duke Performing Artist Award, one of the largest and most important arts awards in the world. In 2015, he was named a United States Artists Fellow. In June 2016, he was named Princeton University’s Department of Music Director of Jazz and as the Anthony H. P. Lee ’79 Senior Lecturer in Jazz Studies.

But accolades aside, it’s what the New Yorker has called Rudresh’s “visceral tone and grab-you-by-the-collar attack” that’s driven new, international audiences to his performances. NPR, the Los Angeles Times, the Village Voice, the Boston Globe, JazzTimes and other publications have hailed the rhythmic dynamism and exuberant ensemble interaction sparked by his groups. Though the formats vary widely, Rudresh’s purpose shines through them all.

His recording, a super-funky Charlie Parker project Bird Calls, was released in February 2015. Awards and accolades for this project include:

Rudresh will tour throughout 2022 with his new Hero Trio featuing Francois Moutin and Rudy Royston.

He is booked globally by http://imnworld.com/

More information on Rudresh can be found at http://rudreshm.com 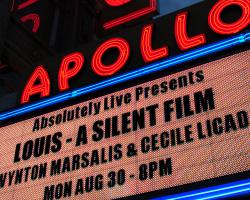 Absolutely Live Entertainment can produce any type of event, from corporate to private, from theaters to outdoor concerts or small gatherings. We have expertise with event budgeting, staffing, infrastructure, ticketing, site design, staging, scheduling, logistics, and more. And we are available as consultants in person, on the phone or over skype/facetime, etc. on an hourly-basis.

The Brubeck family greatly honored us by selecting us to produce Dave Brubeck's memorial celebration on Saturday, May 11, 2013 at the Cathedral of St. John the Divine and the Brecker family has done the same with Michael Brecker's memorial at The Town Hall, and three celebrations of his life and music at Jazz at Lincoln Center which featured Paul Simon, James Taylor, Hugh Jackman, Bobby McFerrin and Dianne Reeves, Diana Krall, Chaka Khan, Ravi Coltrane, Randy Brecker, Wynton Marsalis and many others.

ALE was proud to work with JusticeAid, on May 15, 2016 at Washington’s Historic Lincoln Theatre where we presented Grammy Award-winning Ozomatli and DC’s local go-go legends Trouble Funk. The sold out concert benefited the National Juvenile Defender Center and the Campaign for the Fair Sentencing of Youth.

On May 24, 2017, at the City Winery, ALE produced another sold-out event for JusticeAid entitled "Gotta Serve Somebody," an all-female celebration of Bob Dylan with Ruby Amanfu, Martha Redbone, Carrie Rodriguez, Somi, Kandace Springs, and Dar Williams. This unique concert benefited the Mental Health Project of the Urban Justice Center in NYC. And on April 24, 2018, ALE produce yet another sold-out event for JusticeAid entiled "Songs for Lady Day: The Music of Billie Holiday," featuring Marshall Crenshaw, Cecile McLorin Salvant, Paula Cole, Kandace Springs and Dom Flemons at The Hamilton in Wasington DC. This event raised over $100,000 for the Civil Rights Corps and Essie Justice Group in their fight against racism and economic inequality in our justice system. ALE produced additional events for JusticeAid in November 2018 and April 2019, numerous online events in 2002 and into 2021, and returned to the Lincoln Theatre with Mavis Staples and Amy Helm in October 2021. 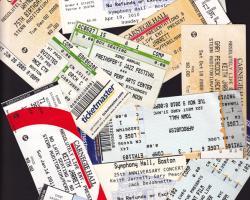 Absolutely Live Entertainment has presented numerous concerts since it's founding in 2007. We have strong and extensive venue relationships and have proven to be a dedicated promoter for many artists in New York City and in Boston.