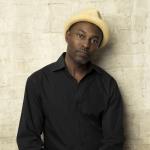 For the last six decades, the joy of jazz has been celebrated in an ideal setting at the Newport Jazz Festival. Founded by impresario George Wein in 1954, the festival set the template for the modern jazz festival and has produced countless memorable moments and changed the fortunes of many a musician. Duke Ellington resurrected his flagging career with his exuberant 1956 performance, and the festival served as the backdrop for the Frank Sinatra/Grace Kelly musical High Society.
“Over the years it’s launched people’s careers and revived careers that have slowed down,” says clarinetist and saxophonist Anat Cohen. “I love the spirit of the festival.”
Cohen is the music director for Newport Jazz Festival: Now 60, a multigenerational ensemble assembled by Wein to celebrate the festival’s diamond anniversary. The Israeli-born reeds player will be joined onstage at the Merriam Theater on Sunday night by trumpeter Randy Brecker, vocalist Karrin Allyson, guitarist Mark Whitfield, pianist Peter Martin, drummer Clarence Penn, and bassist Ben Allison.
“Representing this festival is a tricky one because George has programmed the festival from the beginning as a combination of modern and traditional,” Cohen says, citing the 1963 teaming of bop pioneer Thelonious Monk with Dixieland clarinetist Pee Wee Russell. “A band needs to show the spirit of jazz, the spirit of interaction and of finding a common language between musicians who come from different backgrounds. We represent the spirit of the festival.”