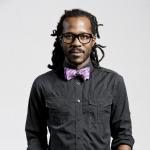 Ravi Coltrane first appeared at Monterey in 2001, nearly 41 years to the day after his own father made his debut at Monterey in 1960. Nicholas Payton was Monterey’s Artist-In-Residence in 2000, and Gerald Clayton, Joe Sanders, Gregory Hutchinson and Kendrick Scott, some of the rising stars in the jazz world, have been performers on Monterey stages and as high school students at the Festival’s student competition, the Next Generation Jazz Festival. Raul Midón, one of music's most distinctive and searching voices, has appeared at Monterey three times since 2011.