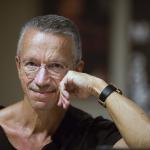 Keith Jarrett returns to Carnegie Hall’s Stern Auditorium/Perelman Stage on Tuesday, February 9, 2016 at 8:00 PM to perform one his rare solo piano concerts. The concert will feature an entire evening of solo piano improvisations and will be his only solo concert appearance worldwide in Winter 2016.

A recipient of a NEA (National Endowment of the Arts) Jazz Masters Awards in January 2014, Keith Jarrett has come to be recognized worldwide as one of the most creative and uncompromising musicians of our times - universally acclaimed as an improviser of unsurpassed genius. Over the past  40+ years,  his landmark improvised solo piano concerts and recordings have incorporated a broad spectrum of musical languages from jazz and classical to blues, folk and ethnic music traditions - revealing a dynamic creative process producing spontaneous music that is both deeply personal, yet universal.