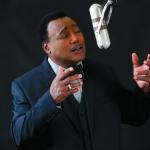 Slated for Saturday, June 29 andSunday, June 30 at the Saratoga Performing Arts Center, performances will begin on the Charles R. Wood “Jazz Discovery” Stage at 12pm and 11am respectively. Performances on SPAC’s Amphitheater Stage will begin at 2pm and 1pm respectively.

“This year’s festival will excite long-time jazz lovers, while also continuing SPAC’s expanded vision to bring innovative artists and legends that have never before graced our stage, including a record number of female-led groups,” says Elizabeth Sobol, President and CEO of Saratoga Performing Arts Center. “Devoted jazz festival fans and lovers of great musicare in for a completely unique experience this summer, enhanced by the incredible atmosphere and unmatched beauty of our natural park setting.”

“I am ‘over the moon’ to have Norah Jones featured at the jazz festival for the first time. And we welcome back, with open arms and hearts, the legendary George Benson, who will make his 12th festival appearance and first since 2009,”says Danny Melnick, the festival producer and President of Absolutely Live Entertainment.“The festival has a deep history of, and is committed to, presenting important and diverse new artists and this year’s edition continues that tradition with Kandace Springs, Veronica Swift, Antonio Sanchez, Cha Wa, Donna Grantis, Youn Sun Nah and Kansas Smitty’s House Band.”

SPAC also announced that Freihofer’s Jazz Fest Friday, presented by Times Union, an annual collaboration with the city of Saratoga Springs to celebrate the rich history of jazz in the region, will return on Friday, June 28. Once again the eventwill feature Chamber businesses welcoming locals and visitors with scores of live jazz events, themed dining, and social dance options that will serve as the kick-off to the Freihofer’s Saratoga Jazz Festival in Saratoga Springs.

While two-days and two-stages of live, world class jazz is the centerpiece of the weekend, fans can also enjoy a host of amenities including a fine arts and crafts fair, CD signings by artists, southern style barbeque and other food vendors. Guests are welcome to bring in their own food and beverages, as well as blankets, tents and lawn umbrellas. Parking for the event is free.