Bessie! Empress of the Blues - A Benefit Concert for The Cabot

Upcoming Events / December 2018 / Bessie! Empress of the Blues - A Benefit Concert for The Cabot 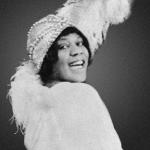 Bessie! Empress of the Blues - A Benefit Concert for The Cabot

An Exciting, Unique Concert
And A Campaign To Renovate The Cabot by 2020
The Cabot’s 100th Birthday

Valerie Simpson and The Western Den

On Tuesday, December 4, 2018, we will proudly present a one-of-a-kind concert evening, “Honoring Bessie Smith, The Empress of the Blues.”  We invite you to be a part of this unforgettable evening!

We intend to celebrate Bessie Smith, along with 100 years of American music.  Our brilliant guest artists will perform a mix of historic Bessie Smith material as well as original music, which in total, will reflect the diversity and brilliance of the great canon of American music spanning one hundred years, revealing styles such as blues, soul, jazz, roots, Americana, country, rock, folk and more.

“As a former Rockport and now Beverly resident, I’ve known The Cabot as a community theater my whole life. From magic shows to movie nights and now to its amazing concerts, The Cabot transports us to another time. Now it is on the cusp of becoming a world-class theater, one of just 250 silent movie and vaudeville survivors. I am bringing some of the most compelling and diverse musicians to the North Shore of Massachusetts, together at The Cabot, in performance to honor the music heroine, the legacy – Bessie Smith – as we help a theater transform into becoming a lasting, iconic venue.” – Paula Cole, Artistic Director

Bessie Smith earned the title of “Empress of the Blues” by virtue of her forceful vocal delivery and command of the genre.

Her singing displayed a soulfully phrased, boldly delivered and nearly definitive grasp of the blues. In addition, she was an all-around entertainer who danced, acted and performed comedy routines with her touring company. She was the highest-paid black performer of her day and arguably reached a level of success greater than that of any African-American entertainer before her.

Bessie Smith was born in Chattanooga, Tennessee in 1894. Like many of her generation, she dreamed of escaping a life of poverty by way of show business. As a teenager she joined a traveling minstrel show, the Moss Stokes Company. Her brother Clarence was a comedian with the troupe, and Smith befriended another member, Gertrude “Ma” Rainey (a.k.a. the “Mother of the Blues”), who served as something of a blues mentor. After a decade’s seasoning on the stage, Smith was signed to Columbia Records in 1923. Her first recording—“Down Hearted Blues” b/w “Gulf Coast Blues”—sold an estimated 800,000 copies, firmly establishing her as a major figure in the black record market. Smith sang raw, uncut country blues inspired by life in the South, in which everyday experiences were related in plainspoken language—not unlike the rap music that would emerge more than half a century later. She was ahead of her time in another sense as well. In the words of biographer Chris Albertson, “Bessie had a wonderful way of turning adversity into triumph, and many of her songs are the tales of liberated women.”

Bessie Smith was inducted into the Rock & Roll Hall of Fame in 1989.

This exceptional event is being produced by Danny Melnick, President of Absolutely Live Entertainment