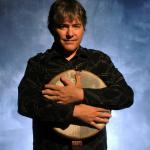 Steeped in a wide array of musical traditions, from old-time and modern bluegrass, drop thumb, New Orleans 4-string, early jazz, and Creole styles to Irish, new acoustic, classical, and world music sounds, these phenomenal musicians join banjo forces for an incredible evening of trading tunes and stories from their unique and diverse perspectives.

Just in case you aren’t familiar with Béla Fleck, there are some who say he’s the premier banjo player in the world. Others claim that Béla has virtually reinvented the image and the sound of the banjo through a remarkable performing and recording career that has taken him all over the musical map and on a range of solo projects and collaborations. If you are familiar with Béla, you know that he just loves to play the banjo and put it into unique settings.

The 16-time Grammy Award winner has been nominated in more categories than any other artist in Grammy history and remains a powerfully creative force globally in bluegrass, jazz, classical pop, rock, and world beat.  In 2009, he produced the award-winning documentary and recordings, Throw Down Your Heart, where he journeyed across Africa to research the origins of the banjo.  In 2011, Fleck premiered The Impostor with the Nashville Symphony Orchestra, an unprecedented banjo concerto, followed by the companion documentary, How to Write a Banjo Concerto. In 2016, Béla will unveil his second concerto Juno in Canton, Ohio.

These days, Fleck bounces between various intriguing touring situations: he performs his concerto worldwide with symphonies, collaborates in a duo with Chick Corea and in a trio with Zakir Hussain and Edgar Meyer. He performs in concert with the Brooklyn Rider string quartet, in banjo duet with Abigail Washburn, and back to bluegrass with his old friends Sam Bush, Jerry Douglas, Stuart Duncan, Bryan Sutton, and others.  He collaborates with African artists such as Oumou Sangare and Toumani Diabate, in a jazz setting with The Marcus Roberts Trio, and with Béla Fleck and the Flecktones, who continue to perform together 25 years after the band’s inception. belafleck.com

Tony Trischka (United States Artists Friends Fellow, 2012) is considered the consummate banjo artist and perhaps the most influential banjo player in the roots music world. For more than 45 years, his stylings have inspired a whole generation of bluegrass and acoustic musicians with the many voices he has brought to the instrument.

Tony has received the IBMA (International Bluegrass Music Association) award for Banjo Player of the Year. His album Double Banjo Bluegrass Spectacular received IBMA awards and a Grammy nomination. With his latest album Great Big World is a deeply compelling showcase for his expansive instrumental talents, far-ranging musical interests, and distinctive songwriting skills, as well as his sterling taste in collaborators.

Give Me the Banjo aired on PBS stations nationwide with Tony as the Musical Director and Co-Producer of the documentary, subsequently released on DVD. He produced Steve Martin’s Grammy nominated Rare Bird Alert, which features performances by Paul McCartney, the Dixie Chicks, and the Steep Canyon Rangers.

Tony is one of the most respected and sought after banjo instructors, having created 15 instructional books as well as a series of DVDs. In 2009, he launched the groundbreaking Tony Trischka School of Banjo, an advanced, interactive, online instructional site.

With his fearless musical curiosity as the guiding force, Tony Trischka has roamed widely through the banjo's creative terrain. He continues to maintain a national and international touring schedule with his band of extraordinary musicians. tonytrischka.com

Don Vappie is a world renown jazz musician and presenter from New Orleans. He leads the Creole Jazz Serenaders, a classic New Orleans jazz orchestra, as well as his various jazz and R&B combos. He has produced and recorded numerous CDs and film sound tracks and is star of the PBS documentary American Creole: New Orleans Reunion.

Known for his virtuosic banjo skills, Don is a stellar bassist, guitarist and vocalist. Add to that his commitment to the cultural creole music of New Orleans he calls "creole jazz."

Abigail Washburn is a Grammy award-winning singer, songwriter and clawhammer banjo player whose music often meshes traditional Appalachian and Chinese folk tunes. Abigail’s music projects range from her string band, Uncle Earl, to her bilingual releases Song of the Traveling Daughter(2005) and City of Refuge (2011), to the mind­-bending “chamber roots” sound of the Sparrow Quartet (featuring Béla Fleck, Casey Driessen, and Ben Sollee), to Afterquake, her fundraiser CD for Sichuan earthquake victims. Her most recent record with her husband, Béla Fleck, won a 2016 Grammy for Best Folk Album. Washburn is fluent in Mandarin Chinese and has regularly toured in China, including a month­ long tour of China's Silk Road supported by grants from the US Embassy, Beijing. Abigail is a TED Fellow and gave a talk at the 2012 TED Convention in Long Beach titled “Building US-China Relations…by Banjo.” In March of 2013, she was commissioned by New York Voices and the NY Public Theater to write and debut a theatrical work, Post­-American Girl, which draws from her 17­-year relationship with China and addresses themes of expanding identity, cultural relativism, pilgrimage, and the universal appeal of music. abigailwashburn.com